The New EU MD Regulations on Notified Bodies. Will They Affect Australian Manufacturers? 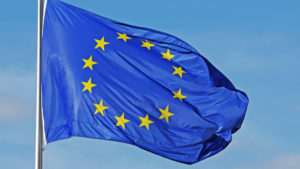 In September 2012, the European Commission announced a proposal for regulation changes to medical devices and in vitro diagnostic medical devices. According to Medtech Insight News these regulations are likely to be adopted by late 2016 or early 2017. Will these regulation changes impact the Australian Manufacturer? It depends.
The Australian Department of Health, Therapeutic Goods Administration (TGA) announced in 2014, “Commencing on 5 November 2014, Australian medical device manufacturers are able to use conformity assessment certification from European notified bodies when making applications to the TGA.” This was good news for Australian Manufacturers who manufactured or shipped overseas. Here are the criteria:

With this change, whether the medical device is manufactured in Australia or overseas the manufacturer can choose to have conformity assessment conducted by:

TEAM-NB
The European Association of Notified Bodies (TEAM-NB) has published a list of members’ intention to submit application to be designated against MDR and/or IVDR. There are 21 members listed. UK and Ireland account for five of the 21 organisations listed. To see the complete list click here.With the UK’s Brexit decision to leave the EU there is a lot of speculation regarding trade agreements. However, the listing of these four UK and one Ireland organisations (In the TEAM-NB intentions list) shows confidence that this decision will not impact regulatory agreements or trade.

Still Speculation
However, there is still speculation. What will the UK do? Two options have been suggested.