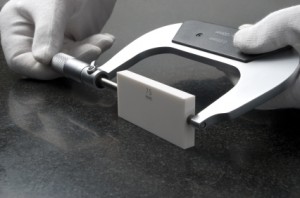 WHAT HAS BEEN UPDATED?

This sub-regulation has been repealed.

So what does this mean? It is no longer a requirement for the manufacturer of medical devices which fall into the categories listed below, to hold a TGA Conformity Assessment (CA) certificate as the only accepted evidence of conformity, before submitting your application for inclusion on the Australian Register of Therapeutic Goods (ARTG).

This sub-regulation details medical devices which have been subject to audit as part of the ARTG inclusion process. The list has been extracted from the Regulations and is provided below.

So what has changed? A new item (2AA) has been added to this sub-regulation which removes the requirement for devices listed above to undergo mandatory audit by the TGA prior to ARTG inclusion. To be eligible, manufacturers of the devices listed above must hold current conformity assessment certificate issued by a Notified Body under the European Medical Device (MDR) Regulations 2017/745 or In Vitro Diagnostic Medical Devices Regulation (IVDR) 2017/746. It should be noted that expired, suspended and revoked certificates will not be accepted.

WHAT DO THESE UPDATES MEAN?

The updates made to the legislation will ease the regulatory burden for certain manufacturers that previously required TGA CA as the only evidence of conformity in addition to speeding up the ARTG inclusion process for certain devices that were previously subject to mandatory audit. It is worth noting that these changes only apply to CE Marked devices under the MDR (EU) 2017/745 and the IVDR (EU) 2017/746 and does not change the requirement to ensure all necessary evidence to demonstrate conformity is maintained.